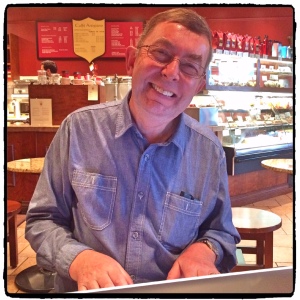 Summer in North America normally brings with it the media “silly season” when important news dries up and news outlets are reduced to telling shaggy dog stories. But this summer has been dramatically different with yet another shooting war in Gaza, leading to the death of more than a thousand Palestinians, a civilian aircraft carrying 300 people shot out of the sky over Ukraine, the apparent dismemberment of the state of Iraq after dramatically rapid and successful attacks by brutal Islamic extremists.  Add to this the outbreak of Ebola hemorrhagic fever, with no known cure, sweeping out of control through some of the world’s poorest states in West Africa, and this summer is shaping up to be unlike any before it in terms of news.

Why is this important to Canadians as we enjoy family time in the hot weather? Maintaining a smooth functioning democracy in Canada and elsewhere depends upon an informed and involved public. While the phrase “the global village” is a well-worn cliché, the fact is each and every one of us belongs to a larger, complex global reality and directly or indirectly we are affected by events taking place thousands of kilometres away. If you don’t keep up to date with the news, your government might start acting, or making statements on your behalf, with which you totally disagree.  When there is nothing but bad news, business around the world slows down as producers and consumers hunker down and watch to see what will happen next. The human tendency is to throw up our hands in despair and ask “what can we do?”

The rule of law in a country – that body of laws and rules by which a society governs itself – is the central pillar of modern democratic society. If the rule of law comes under threat anywhere in the world – the shooting down of an unarmed civilian airliner over Ukraine, or the continued firing of missiles into Gaza, one of the most densely populated areas in the world – then it becomes that much easier to conveniently “forget” the next time the rule of law is challenged. After all, what can we do when thousands of Iraqi civilians, including minorities, are killed by ISIL Islamic militants? Or how can we react humanely when hundreds of Nigerian schoolgirls are abducted and pressed into sexual slavery.

Whenever and wherever in the world such an event happens, thoughtful citizens need to protest loudly and effectively. And they need to engage their leaders, demanding that national and international policies are put in place to safeguard human rights and the Rule of Law around the world. Knowledge is the first safeguard against the erosion of democracy. Knowledge strengthens the civil exchange of opinions and ideas on current and crucial topics in the world. Armed with knowledge and a culture of open debate – thoughtful people can contribute to the policy debate. All over the world, including in North America, the civilized exchange of views and opinions is being undermined by governments and organizations that do not want us to clearly state what “we the people” really want. As individuals, we have to work together to demand that our governments and institutions respect our wishes. To turn our backs and say “what can I do?” is not an option.

The role of educators and teachers in this process is critically important. As adults we far too often tend to forget this important role that educators play, passing on the knowledge, the ideals and values of a civilized society to our children or grandchildren – the next generation. Educators are the critical interface between a society and its young people. In traditional societies all adults, including the elderly, play a role in educating the next generation. In the West, we entrust that important task to to a small and dedicated band of formal educators in our schools. They deserve strong political support for their work and they need the tools and the political space to do the job we trust them to do.

My desire in undertaking the educational outreach work of UN For All is to promote the development of passionate, active, yet thoughtful and compassionate young citizens. And after 15 years working for the United Nations, maybe I can play a role as an occasional alternative resource for Canadian teachers. In keeping with this goal, I began to contribute regular columns to the BC Social Studies Teachers’ Association newsletter called Dimensions in September of 2013. I invite you to visit the BCSSTA website and find the #MYTAKE series which is available in the archives.

My most recent contribution to Dimensions examines why educated girls are game-changers in many poorer nations around the world. As always I try to explain why we need to know about the events we see and hear about in the news  – in this case the kidnapping of 300 Nigerian schoolgirls by Islamic militants in Nigeria.  What can western nations, including Canadians, do about it?

Here is a brief excerpt to get you started…

The plight of the missing northern Nigerian schoolgirls, kidnapped in April by the Nigerian extremist group Boko Haram, finally grabbed the world’s attention. And though their story may eventually catch the eye of Hollywood, most western media have been less than enthusiastic to analyze why around 300 educated girls were taken in the first place.

One of the reasons why is that, if you are an extremist from Nigeria, Afghanistan, Iraq or any other of a number of conflicted states, educated girls are your worst nightmare…